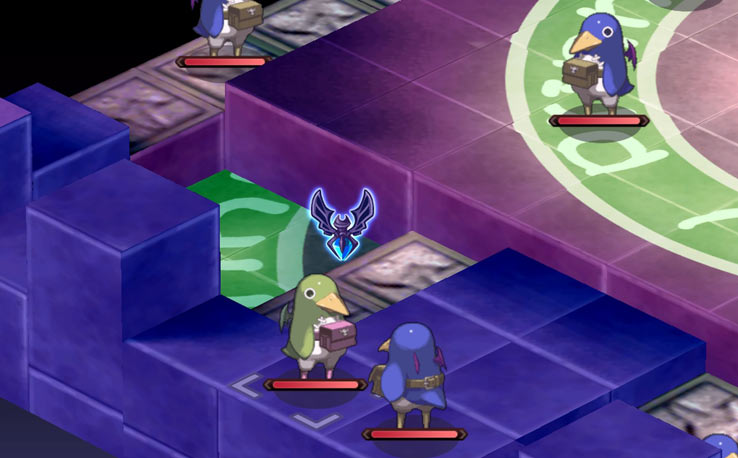 Weekly Penguin 666 is here, calling for a very special entry straight from the Netherworld. While I did do the tribute artwork for launch of DOOM Eternal, it is time to feature Disgaea 1 Complete and introduce you to Prinnies proper!

So, what is Disgaea and what the heck are Prinnies? Disgaea is a long-running game series of turn-based tactical RPGs from Nippon Ichi Software and originally designed by Yoshitsuna Kobayashi. The games are set in a universe with three distinct parts – Netherworld (the home of the demons), Celestia (home of the angles) and the human world.

Disgaea 1 Complete is the gorgeous HD remake of the very first game in the series, Disgaea: Hour of Darkness. The story kicks off with a bang. You play as crown prince Laharl, the son of the Overlord of the Netherworld. You went to take a nap and when you wake up – two years later – everything has gone to hell. Well, even more than usual. Your father the Overlord has died – he choked on a pretzel – and in his absence the other demons have started battling for the throne.

Your task is to prove yourself as the rightful heir to the throne – and whilst doing that, you'll meet a cast of demons, angels, humans and Prinnies so colorful, that not many game franchises can compare. I'm not going to spoil things, but there are so many delightful twists and turns that if you think you know where the story goes, your likely dead wrong, dood. 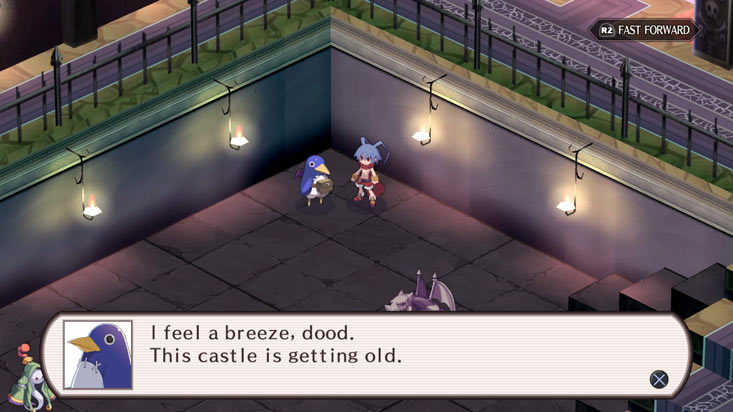 In the world of Disgaea, when you die and you've done some bad deeds that need repenting, you'll be transferred into Celestia or the Netherworld to work your penance. And whilst doing that, your soul is stuffed into a peg-legged penguin with bat-wings, called a Prinny.

So yes, Prinnies are basically the slaves of the Netherworld, serving everyone else as their penance until it is their time to move on. Until then, they are stuck in this fluffy penguin body doing the most menial tasks for everyone else. Prinnies aren't the sharpest of beings and most of them have simple speech patterns – every sentence ending with the trademarked 'dood' – but there are special Prinnies out there, as well.

One curious property of Prinnies is that they explode when thrown, meaning in a pinch they can be utilized as kamikaze DIY grenades. Don't worry, you can heal them back to strength between battles. 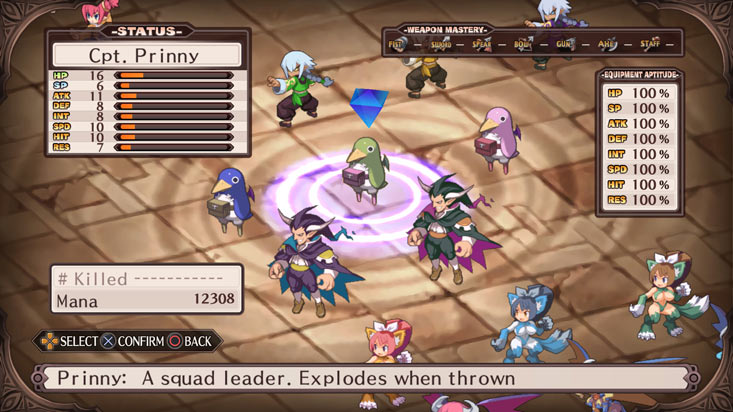 While they are the most basic of units with very low-tier capabilities at first, Prinnies, too, can be grown in strength and levelled up. Their later-level skills, like the Prinner Beam, can be devastating when used properly.

If I were a spiritual type, I'd likely make this world view my religion. Who wouldn't want to be reborn as a penguin, dood?

As I mentioned, the game is a turn-based tactical RPG. That means an isometric combat view – which in Disgaea is in 3D – and more attacks, abilities, buffs, debuffs and items than you can name. However, there are three key elements to Disgaea that makes the gameplay quite unique.

All the above turn each battle from a tactical back-and-forth into combat puzzles. That is a term that is thrown around a lot, including with games like DOOM Eternal, but in case of Disgaea, that term is literal. And to tell the truth, those are just the most obvious combat highlights, I didn't even get to things like the Item World and the Dark Assembly, which are almost like games-within-games themselves!

So yeah, go play Disgaea, dood! You won't regret it. I originally intended to make a video montage showcasing the game, but so much of the fun in it comes from the surprising characters and bonkers plot twists that I decided to minimize spoilers and do things in screenshots.

And yes, this is far from the last time you've seen Prinnies up here on the Weekly Penguin arena. In fact, stay tuned for next week for another, dood! 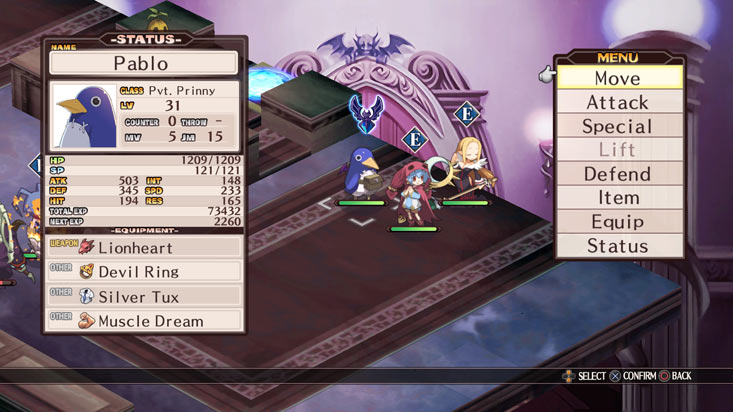