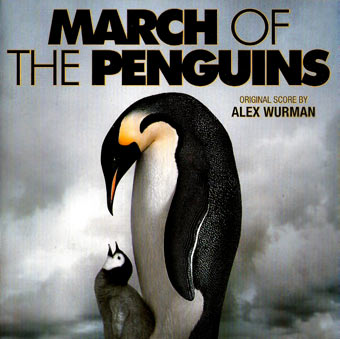 More penguin music; at first glance you might think I've already featured this album, but no, this is the U. S. replacement score for the localized version of La Marche de l'Empereur (aka "March of the Penguins"). This orchestral score, composed by Alex Wurman, is delightfully minimalistic, portraying the epic story via subtle-yet-effective compositions.

While I will always praise the original super-awesome French soundtrack by Émilie Simon, this more traditional score is excellent as well. Actually, it's more than excellent, its only fault being that it was used to replace one of my all time favorite soundtracks.