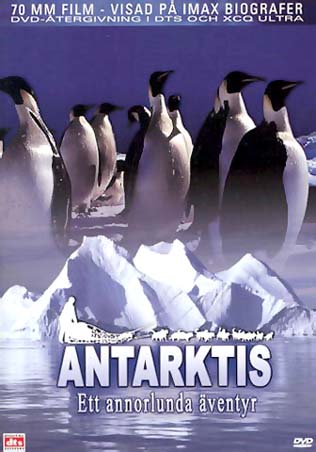 More penguin DVDs, this time a not-so-well known documentary Antractica (also known as "Antarctica: An Adventure of a Different Nature" and "IMAX: Antarctica") directed by John Weiley. Instead of following the inhabitants of Antarctica, this documentary focuses on grandeur of the continent in general.

The DVD has IMAX logo plastered all over it and it touts the hi-tech used to film the movie, so you'd automatically expect to be awestruck by it. Sadly this isn't the case. I don't know if it is fault of my regular-sized TV, but I feel this documentary doesn't offer much beyond the scope of regular TV nature documentaries.

But hey, it still features a healthy dose of lovable penguins, so it's well worth the budget price!