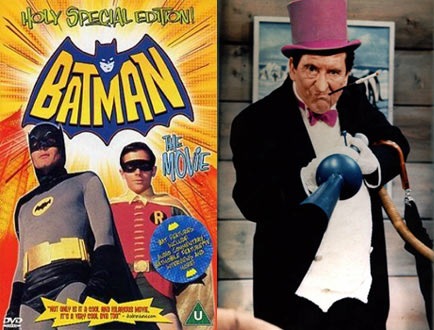 Since we recently blundered into the subject of Oswald 'The Penguin' Cobblepot, let's take a look at one his finest hours in fiction; Batman: The Movie (1966). The film was essentially a feature-length episode of the TV show, just with a budget big enough to excuse building loads of new vehicles and gadgets for Batman to use later in the TV series.

But even Batman's gadgets and the entire Rogues Gallery become pale in comparison with what The Penguin (played by late Burgess Meredith) has to offer. Penguin phones, penguin umbrellas, you name it. But the best of all is the mighty penguin submarine, armed with penguin torpedoes and decorated with penguin ornaments. And the best bit? The submarine wobbles just like its owner as it travels beneath the sea.