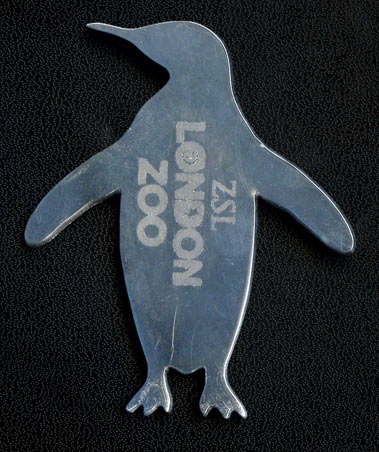 Sadly, the video referenced in this post is no longer available 🙁

Welcome to the Weekly Penguins of 2015! As in most places, I started the year by doing an inventory – only in our case it's not a chore but an adorable gig. You see, we've featured almost 400 penguins here at TAGAP HQ and I really needed to do an inventory to see what we have featured and what we might have missed. And indeed, we've missed a couple of penguins I was certain we had already featured.

Now, the first from those is this fridge magnet, the second-to-last penguin item I bought from our awesome trip to the ZSL London Zoo's Penguin Beach. I actually intended to feature something completely different, but our penguin inventory happened to align with the one of ZSL London Zoo themselves. And you know me, if I get an excuse to post a penguin-filled video, I'll seize the moment! So, here's the cast of the Zoo, including the ever-awesome Jack and Ricky, being counted.