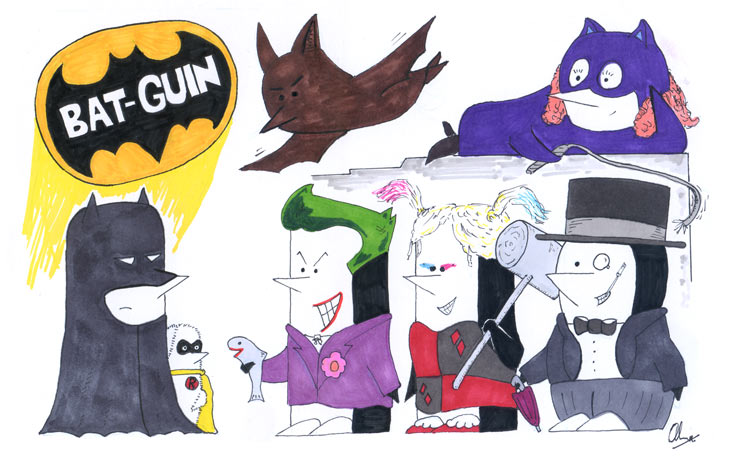 In the beginning of the year, Maestro Henderson ran another successful Kickstarter campaign for the next The Penned Guin compilation Tension – available now in The Penned Guin store. While we'll surely feature the compilation itself in the not-too-distant future, first we have to do the commissions. This time it is time for the Bat-Guin Rogues Gallery!

Per usual, despite the simple base penguin design, the image is filled with details - from the fluffy chick Robin to the Joker's fish. Another smile-maker to frame, it seems!