Before I get to the day's main programming – introduction of a brand new TAGAP 3 character – there's a special annoucement to make;

So, yes. Unless some unforeseen issues strike our small team, TAGAP 3 will arrive in 2017. This is all very appropriate, considering next year marks the 10th Anniversary of the first TAGAP! We're not setting the exact date in stone just yet, as the game's finale I'm almost ready to tackle is the most complex part of the game from production perspective. We might not make it for the next TAGAP Day, but we're working our arses off to get TAGAP 3 out for the anniversary year!

The exact date will be revealed when we can lock it down. I'm sure you'd rather have us give the right date instead of being forced to announce delay after delay, right?

The Funky Botanist is the leader of PDOB (Pluto Department of Botany) and the curator of the cybernetic gardens of Pluto. She is the foremost expert in both cybernetics and flora, having dedicated her entire life studying new ways to control and manipulate Pluto's ecosystem for the better.

The war effort hasn't affected PDOB as much as the other departments and that suits the Botanist just fine; Not even a war could come between her and her research. If some problem does distract her, she won't hesitate to nip the problem in the bud.

Even if that problem is an armed fugitive Earthling called Pablo. 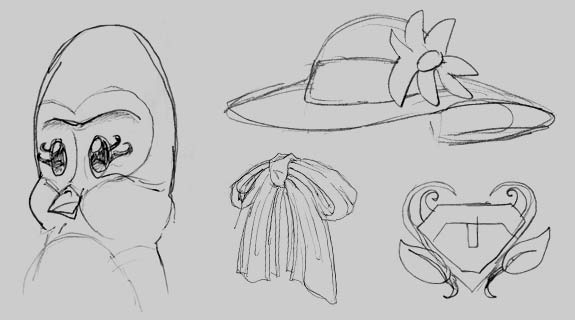 As mentioned above, PDOB, or Pluto Department of Botany, is the department that's been impacted the least by Pluto's war effort. Granted, there's much more effort spent on heavily armed security within the department itself, but their goals haven't changed.

PDOB is all about controlling and maintaining the ecosystem of Pluto, from providing healthy, organic food to monitoring the planet-wide life support system. The said life support is based on the photosynthesis of the lush botanical forests that are planted safely inside radiation-shielded domes across the planet. As the forests have been cybernetically modified, the oxygen generation and carbon dioxide absorption can be both controlled and monitored via computers.

And what makes this cybernetic control of photosynthesis possible? It's the very same thing that made cybernetics possible on Earth; Substance called TAGAP. On Pluto, TAGAP – there known as Elixir – occurs in nature, providing the flora resilience unlike anything on Earth.

Since I spent hours with the footage I captured – several hundred gigabytes of it – we might as well showcase chosen few moments in screenshot form. As usual, apart from info-watermark, these shots are completely untouched screens grabbed straight from the recorded HD footage. 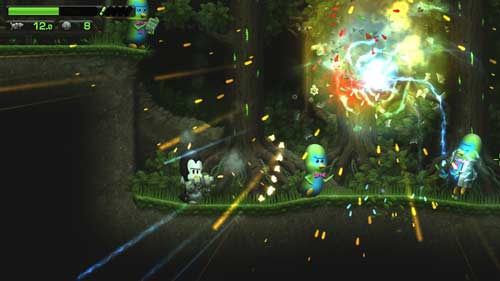 Well, I spent most of this week preparing for all these goodies, obviously! In addition to that I've been crafting the last of the 'normal' bosses. This basically means that after this boss fight is ready and integrated to the game flow, all we have left is the rather lengthy finale segment, one secret map and a slew of cinematics.

From those, the special assets for the finale segment – characters objects, etc. – together with some of the most plot-pivotal cinematics will be the biggest workloads. To tell the truth, I'm dreading some scenes, the intro in particular, as they are the most complex cut-scenes I have ever planned. Of course, I could always simplify them, but that hasn't been my thing, ever.

So yeah, so far so good!

Since the TAGAP Day is all about celebrating adventures of Pablo & Co., I've left the usual 'Playlist' feature out of this post. Next post it'll be back, covering stuff we've played in the meantime, including RPG underdog The Technomancer. But in the meantime...