As promised, here is a pretty effective demonstration on how TAGAP Engine has evolved and how we I'm grown as a digital artist – based on the Antarctica scene seen in all three games.

Simple blocks of textures, uniform looking floors, simplistic parallaxes... yup, it's the original TAGAP alright. But hey, we had to start somewhere! 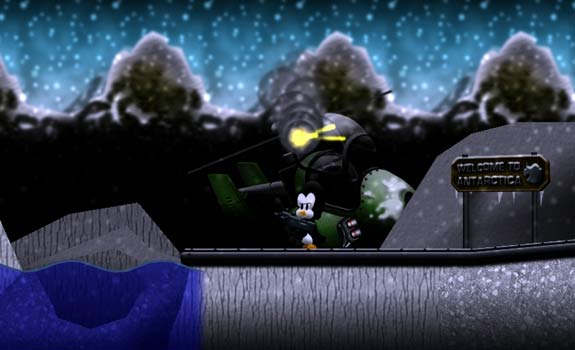 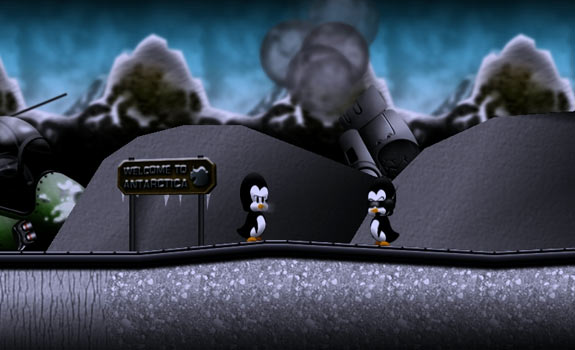 While the tech under the hood was very similar, TAGAP 2 still improved texturing and had more detailed... everything. This was more on the design and art implementation than engine improvements. 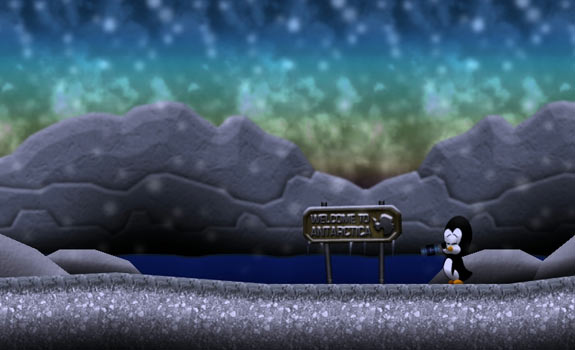 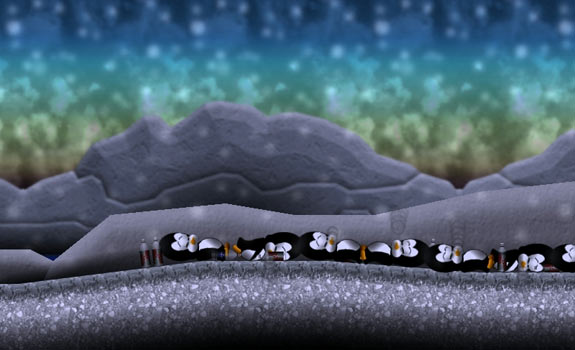 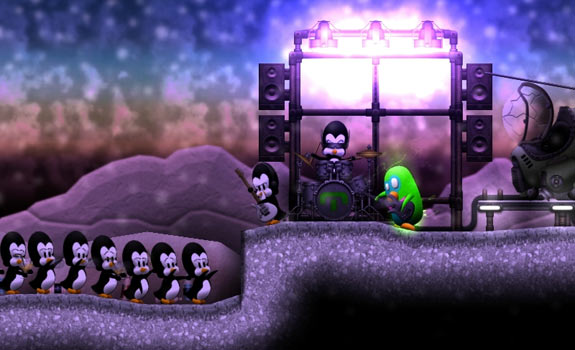 And finally, the same scene, in TAGAP 3 form. Now it actually starts to look like the world of snow and ice the Antarctica is! 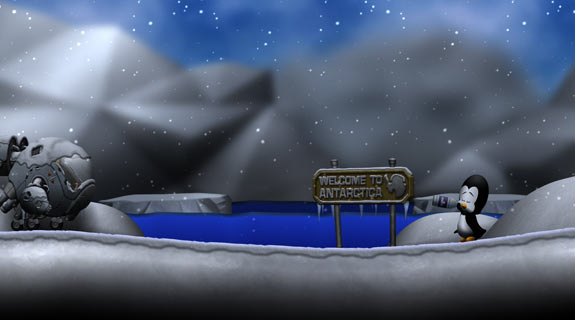 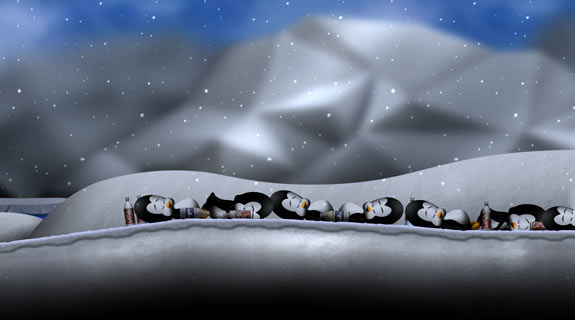 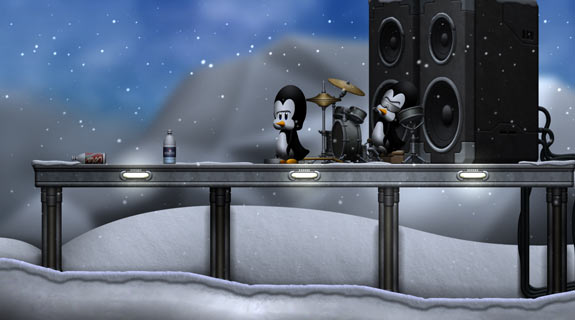 Why does it look so much more organic? Well, it has;

It's quite an improvement, even if I do say so myself.

Now that TAGAP3 is playable from all the way through, my duties are three-fold; Optimization and testing runs, crafting extras and implementing dynamic music scripting. There are also still a couple of temporary stand-in art assets I need to complete before I can call the campaign complete, but we're slowly getting there.

Implementing the dynamic music scripting is relatively simple, but thanks to it requiring multiple playthroughs of a level to check, it's time consuming. What this means in practice is that each song has two tracks streamed simultaneously – one for action and one for more mellow scenes. Of course, this being TAGAP, more often than not you're listening to the action version.

Some stuff the engine handles automatically – like switching to mellow music during in-game cut-scenes and when reading an InfoCOMP – but the rest is scripted. And by scripted I mean that you can set the state of music per area. For example; If a level has a safe-zone styled lobby where there will be no action, I can just mark that as 'don't play action music here' – and the soundtrack will fade to mellow every time you re-enter that area.

With the extras, I'm starting with the concept art gallery. Since almost everything in TAGAP3 was first drawn by hand before being turned into vectors, I have several gigabytes of scans to go through. From those I pick the best ones - and from those I pick the ones that fit each gallery section the best. Once I've narrowed the gallery contents down, I need to clean the raw scans (from dust, smudges, etc.) and finally fit them to the gallery template.

Whilst this sounds very mundane, it isn't as boring as you might think. It's a stroll along a memory lane, as I had forgotten of how well I had planned almost everything before creating the in-game versions. This is especially so with some enemies and characters, of whom I made half-a-dozen sketches and drafts. And yes, I'm trying to fit as much as those to the gallery as it is reasonable. After all, we don't want the gallery to be bloated, but concise.

And in addition to all this stuff going on, the 10th anniversary is one month away. Speaking of...

Yup, TAGAP is turning 10 years old next month, on T-Day July 31st. So yes, we're preparing a slew of cool things for the occasion. We will be introducing the last of the Funky Penguin villains, show a new screenshot or two, release some more TAGAP3 music – and if everything goes as planned, have an announcement or two!

On TAGAP3 front, it's more of what I mentioned above; Music scripting, extras, filling in missing assets and working on the T-Day stuff.

On gaming front; This depends entirely on what schedule the great looking Shadow Warrior 2 physical edition bundle arrives from Special Reserve Games. If it doesn't arrive in time for me to transition straight to it from the first Shadow Warrior, then I guess I should finally check out The Evil Within. After all, it's getting a sequel soon enough.