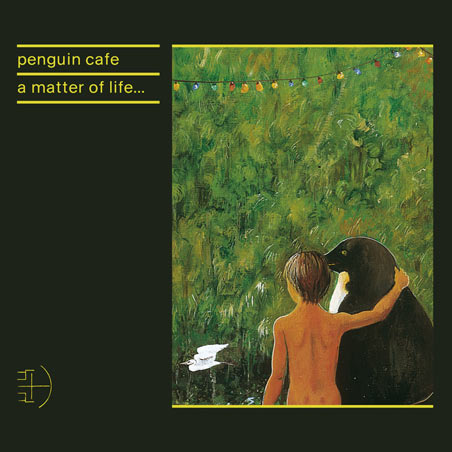 And as we are on the roll, let's complete the backwards chronology of Arthur Jeffes' Penguin Cafe with their début album, A Matter of Life, released in 2011. Whilst Penguin Cafe started out playing just Penguin Cafe Orchestra songs composed by Simon Jeffes, they did eventually start to feature original songs – and two years later, we got this album.

Given these origins, you'd be right to expect A Matter of Life to be the most PCO-sounding album in their discography – complete with a cover illustration almost identical in style. You could almost consider this one a bridge between the old and the new; it may be more about passing on the torch than creating something brand new, but it's an important first step leading up the magnificent The Imperfect Sea.