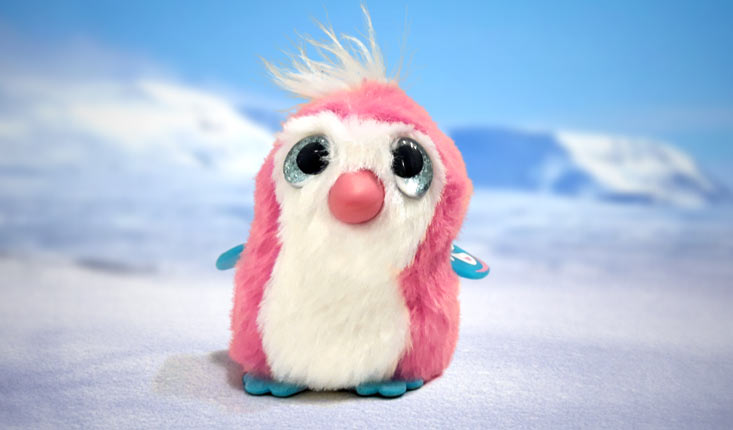 It's been too long since we featured penguin plushies, so let's fix that! Let's start with Penguala, which is a Hatchimal. If you don't know what Hatchimals are, they are a line of robotic pet toys from Spin Master. The original series of toys were 'self-unboxing', as in, they hatched from their plastic egg shell. This Penguala – a penguin with some traits of a koala – is the smaller clip-on plush toy version released later.

If you've been following Weekly Penguin feature for some time now, you'll know that I have a soft spot for both penguins and koalas. Having them both combined into one, pink plushie is a fun idea.