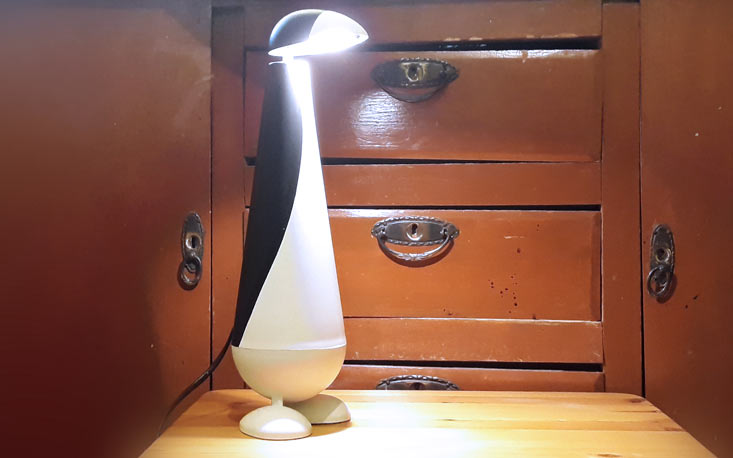 In the past months, I've been building an entirely new TAGAP website, from scratch. This is a complete re-build, with better quality assets and fully modern backbone. This means I've been going through our Weekly Penguin archive, entry by entry. Whilst doing so, I noticed a few omissions in terms of penguins featured – and from time to time, I will be correcting this.

We start with something that has been prominently featured on both our site and the YouTube channel, but for some odd reason never got a Weekly Penguin feature of its own. So, here is my halogen desk lamp. I've had it for ages and most recently it's been providing clear light for the test photo-shoots I've been doing by myself. The head of the penguin tilts back, so you can direct the light the way you want – and it being a halogen lamp, it's perfect for acting as a photo shoot spotlight.

What I didn't know until I recently started researching its origins, is that apparently this lamp is a designer product, from the mind of Uno Dahlen and manufactured by Aneta. This was originally a super-cheap flea marked discovery by the semi-pro penguin spotter and voice Paola, Tiina Heiskanen. Neither of us had any idea that folks are selling these for over 100€ online – and judging by the price tag, neither did the seller.

If this penguin lamp looks familiar, it is for a reason. As I mentioned, it has been on display quite prominently in the past – in the TAGAP 2 Overdose Edition unboxing video from 2011;