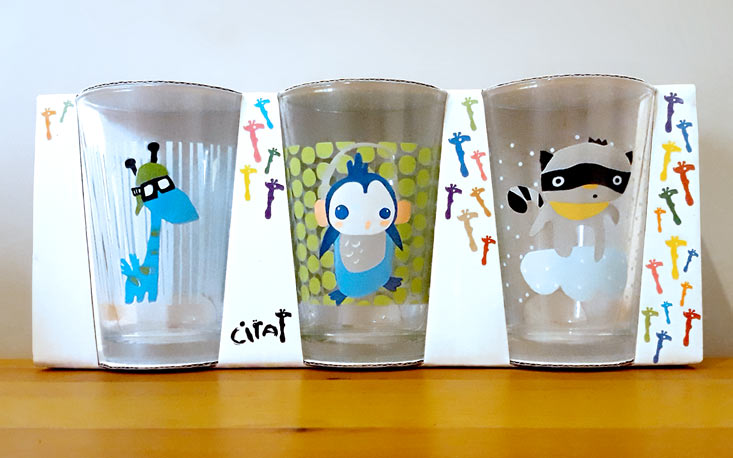 Here is another penguin I haven't featured. Unlike the space age desk lamp from last week, this one we actually had photographed already! This possibly fell through the cracks because I had featured several penguins based on this design and misremembered featuring these already!

This is a set of drinking glasses based on the Ciraf decorative design series exclusive to the Finnish S-Market chain of stores. There's the titular Ciraf logo giraffe, the raccoon and of course Mimo the penguin. You know me and penguins – and I recently introduced you to my late mother's love for raccoons – so you can guess that we had quite a few décor pieces with these designs. In the past I've already featured the Mimo plush toy and the wall picture – both of which have their raccoon counterparts.

These glasses were photographed in 2015 when they were still in their original packaging. Since then, the Ciraf brand has faded away. It's still around, but rarely use these adorable designs anymore.