Plot-wise the most important aspect of run-n-gun titles like TAGAP has to be the bad guy behind it all, Prime Evil if you will. There may be multiple bosses, shifts of priority and so on, but eventually it's all about stopping someone or something. In the original TAGAP it was Dr. Glowenko and his loose-cannon bodyguard Pedro the penguin. Since the toughest of the cyber-penguins, Pablo and Pedro are now working together, we needed new, superior motivator. Enter Primo, the new 'Prime Evil'. 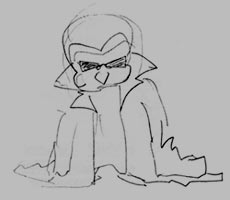 If you've read the plot synopsis of TAGAP 2, you'll already know that Primo is also a cloned cyber-penguin and that was the starting point. I originally meant him to be true equal to Pablo, only driven by absolute mind control. The original designs for him, as shown here, reflected that approach. I took the original TAGAP penguin, messed around with it and tried to make it more 'bad-ass'. As you can see, the results weren't that convincing.

But suddenly I realized I was on wrong track. First off, Primo wasn't fighting just Pablo, but both Pablo and Pedro, so being Pablo's evil twin wouldn't be enough; He needed to be twice as sinister. Second, Primo wasn't the same series of cloned penguin troops, but something evolved, created by evil organization funding Dr. Glowenko. It was obvious; Primo had to be something quite different. 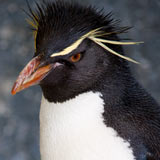 I went back to drawing board, then. Literary. While the original TAGAP penguin wasn't based on any specific species but my self-study on penguins in pop culture, for Primo I started tossing around ideas based on various penguin species. It didn't take long pick the one apt for the job – the rockhopper. As you can see from the picture, rockhopper penguins have long, yellow crests giving them sort of wild look. Not only that, they have almost blood-red eyes! They're definitely cute, but they're also perfect for the ultimate penguin villain!

So, without any further ado: Penguin DT presents – PRIMO! 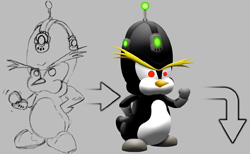 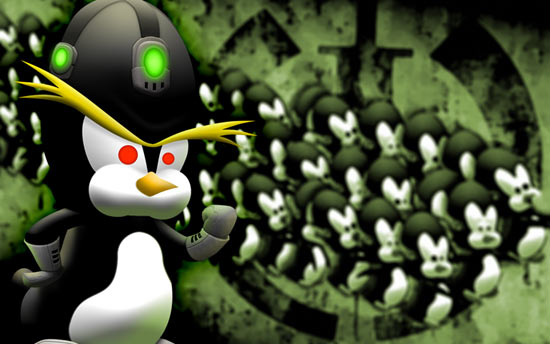