First off, here's our annual game media update. While we didn't manage to produce a trailer for TAGAP 3 for Christmas, here is a brand new screenshot to tide you over. 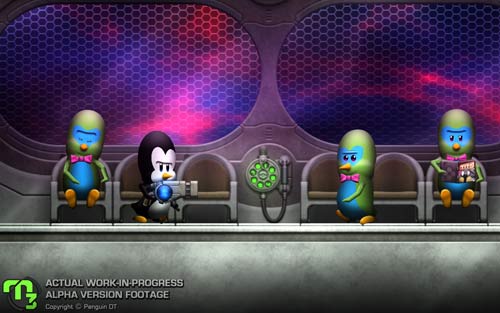 But wait, you don't have to go without penguin videos this holiday! Since tomorrow would be the Weekly Penguin day, we decided to turn one of my audio-visually trippier penguins into video greetings card (which you can easily share by linking to the Weekly Penguin entry);

There is also a new blog post, diving deeply into all things happening here at Penguin DT dungeons – from gameplay proofing and testing to sound effect recording and re-done music system powering TAGAP 3's soundtrack. Check it out if you're longing for a progress update on TAGAP 3!

And remember to check our Holiday Greetings card if you already haven't – it's also available as wallpaper.

Holiday Season 2012 is very much here, which means it's time for the fifth anniversary of the Weekly Penguin Season Greetings eCard tradition! As always, If you haven't you're your eCards yet, feel free to use this one. 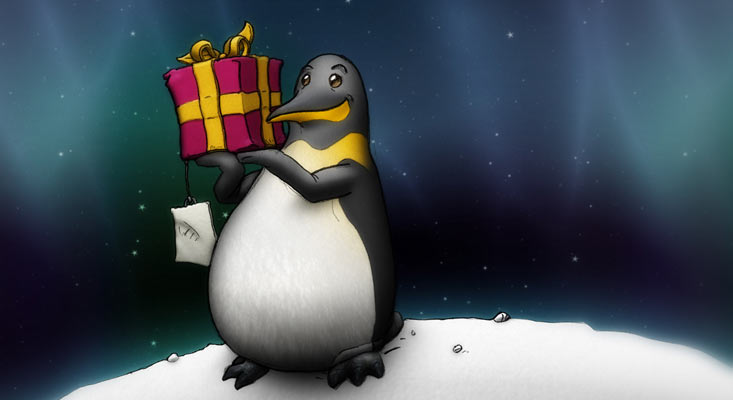 To share the card, use this permanent link: https://www.tagap.net/pow/p280.htm

TAGAP Facebook page gets likes and a new TAGAP 3 screenshot!

Timo just informed me that the official TAGAP Facebook group just kicked past 100 likes – all without us posting 'like' buttons everywhere. As a special thank you to all you folks in social media, here's a brand new screenshot from TAGAP 3!

This time we focus on the hospital of Pluto. Unlike TAGAP 2's hospital – which was a run-down facility used as a front for something else – this one is so hi-tech that even the nurses are pendroids! 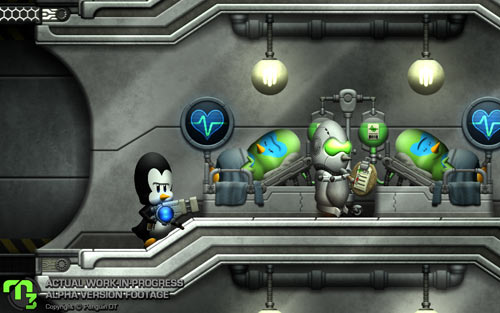 I can hardly believe, but it's true; Today TAGAP turns Five and TAGAP 2 is one year old! And to celebrate, we're rolling out several goodies for you to enjoy.

We naturally start with the previously announced TAGAP 2 v1.6, which delivers the K.O. punch to the bane of TAGAP engine – the White Box Bug – that has been bothering users with integrated Intel Graphics video cards. For full list of updates, check out the version history.

And as always, the mirror list is updated with up-to-date mirrors as they become available.

But hey, wait, we have more! First two TAGAPs may be partying, but TAGAP 3 is looming somewhere in the horizon. It might be as elusive as a sasquatch, but here's the latest sighting. As before, the shot is all in-game content, with moderate zoom-in to showcase the glorious HD details; 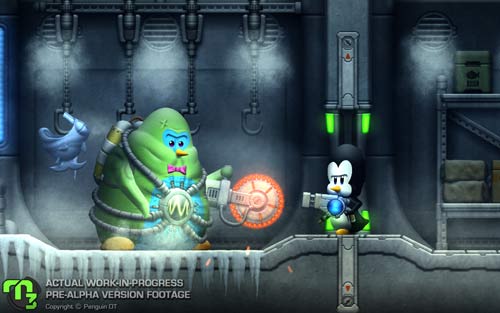 And guess what? That still isn't it! As the Great Old Ones would have it, this year the TAGAP anniversary day aligns with Tuesday and Weekly Penguin. So, to top things of, a familiar face pops in to wish every TAGAP- and penguin fan out there; 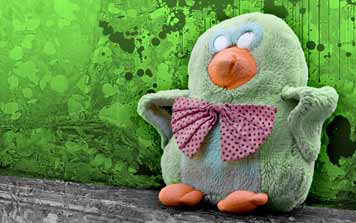 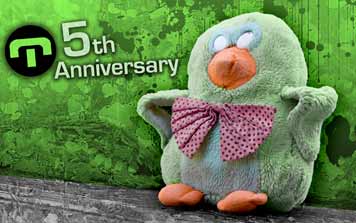 Help needed in testing the next TAGAP 2 patch

The update was proven to be a success and all the current versions of TAGAP games have this issue dealt with. If you found an older version somewhere and encountered the White Box bug, head to the Downloads section for a patch.

We are in need of your help in testing out the next TAGAP 2 update. The focus of the patch is to eliminate the infamous White Box bug from the game and while we're fairly certain we've achieved just that, we can't properly test it; None of our PCs produce the bug. The most common culprits for the bug are the integrated Intel Graphics video chips and it has been the bane of our engines since 2007. For more information on the White Box bug, check out or earlier blog post on the issue.

So, if you've happened to run into the White Box bug on one of your systems – or just want to help us ensure the rest of the graphics engine didn't break while applying the patch;

If you have any feedback on the patch (i.e. 'it works' or 'this doesn't work'), just reply to the aforementioned post, preferably with details on your OS and video card.

NOTE; This is NOT the final TAGAP 2 v1.6 patch, but v1.6 (beta) meant solely for testing. We don't want to release the patch with fanfares before we've ensured it actually works. Trust us, when we've ensured it works, the whole world will know it, starting from this very website.

Now, you may have wondered why it has been so silent around here apart from the Twitter and Weekly Penguin updates. The answer is simple; I hadn't had the time to finalize the re-done layout with TAGAP 3 navigation buttons and I didn't want the announcement to drop off the main page until I had done it. But now it's there, eagerly waiting to be expanded with juicy media and tidbits!

And since we're on the topic of announcements, the latest blog post deals with the epic journey to defeat the demonic White Box – and how we managed to accomplish just that for our upcoming patch for TAGAP 2. What is White Box and why tackling it took so long – all answered here. Unlike most our blog posts, this one's a bit geeky and tech-oriented, but you can't really tackle a non-xenomorph bug-hunt from any other perspective.

Finally, for fans of Weekly Penguin feature let it be known that we had another penguin photoshoot last weekend. We will start tomorrow with something... edible?

The latest blog post from the dungeons features a massive Questions & Answers update, featuring your questions and our answers, covering everything from TAGAP 2 and TAGAP 3 to general behind-the-scenes happenings here at Penguin DT. What ever you asked, we answered – with exception of TAGAP 3 release date, naturally.

Head to the blog to read the Q&A session. If you have questions not covered by this post or TAGAP FAQ, feel free to throw them at us via our contact form.

TAGAP 2 v1.5 update is here and it fixes a sneaky little crash bug that manifested on certain kind of x64 Windows 7 configurations. If TAGAP 2 has crashed on you seemingly at random on that kind of configuration, this evasive bugger of a bug was most likely the cause.

As always, the mirror list is updated with up-to-date mirrors as they become available.

Today, January 20th, is officially called Penguin Awareness Day. So, spend some time either learning about these flightless birds or entertain yourself with one of the recent Hollywood penguin blockbusters. Or just play some more TAGAP 2.

Note that Penguin Awareness Day is not the same as World Penguin Day (April 25th), but two separate occasions. All the better; Penguins are always a good reason to celebrate!

Also, right in time for the occasion, a unique penguin was spotted earlier this week at Antarctica. This Chinstrap Penguin is a half-albino, meaning it isn't completely white like the late Snowdrop, but still has the visible penguin tuxedo patterns.

As we promised in our previous blog post, we didn't want to let anyone know what we were working on until we had something to show besides of HD stick figures. Coincidentally, we got the first gameplay pre-alpha test of our new game running on Christmas week so we thought 'why not?'. So, without further ado... 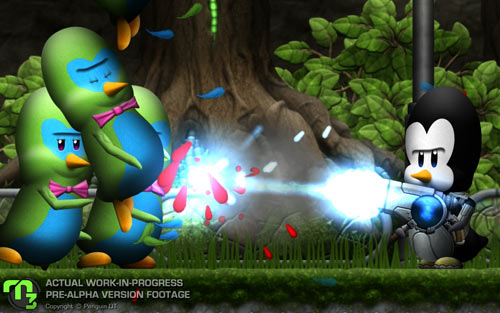 (this is actual gameplay with zoomed in game camera)

TAGAP will return – and it will be a little different this time around. It will just take a while.