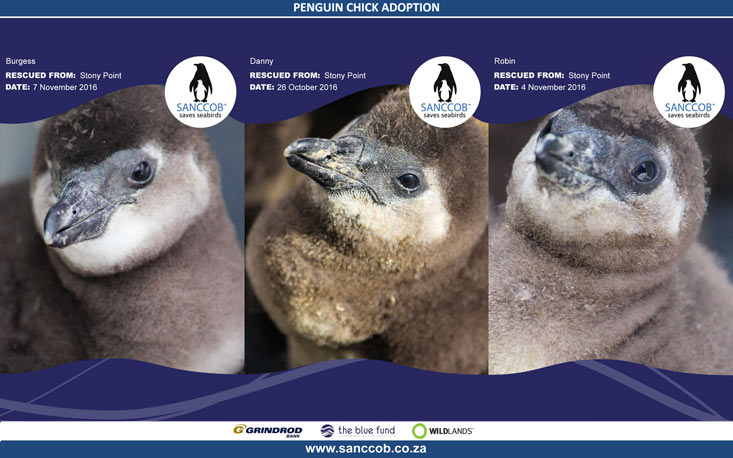 For the final Weekly Penguin of 2016 we shall continue something that has turned into a tradition already; Meet African Penguin chicks Burgess, Danny and Robin!

Naturally, these fellows are penguin chicks 'adopted' as part of preservation efforts of SANCCOB (Southern African Foundation for the Conservation of Coastal Birds). For more information on these three fellows and SANCCOB, check out this week's Weekly Penguin entry.

This is the Funky DJ, the mix-master boss of Pluto Department of Engineering – and as usual, we have a full blog post introducing him proper! Do take a peek! And it wouldn't be a Christmas Eve feature without a new screenshot, so here you go; 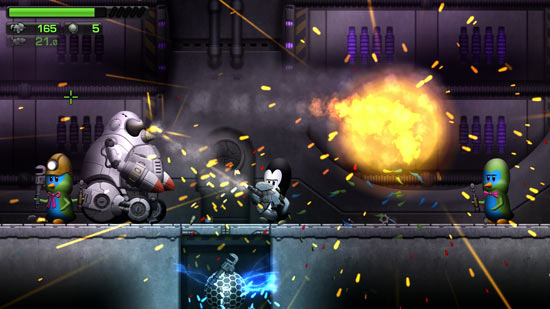 It's that time of the year again - Holiday Season 2016 is here! And that means it's the time for the 9th annual Weekly Penguin Season Greetings eCard! Feel free to distribute this Christmas card to cheer up your loved ones! 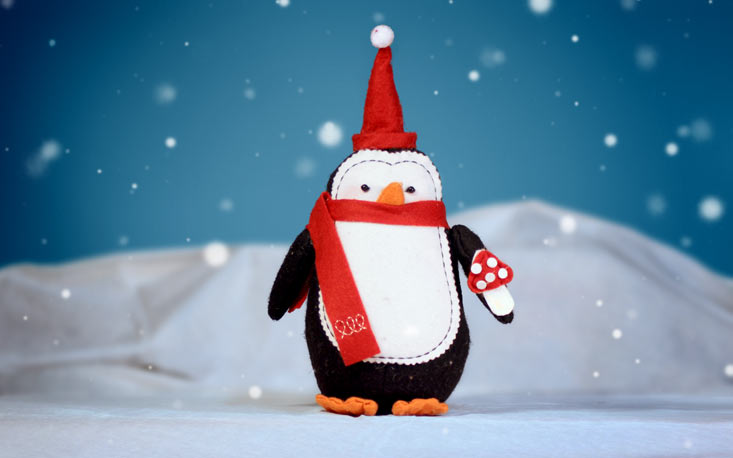 To share the card, use this permanent link: https://www.tagap.net/pow/p489.htm

Today is African Penguin Awareness Day, celebrating the awesomeness of this endangered flightless bird and raising awareness about their protection. So naturally as penguin-obsessed folk, we take this as a chance to celebrate with new TAGAP 3 screenshot! 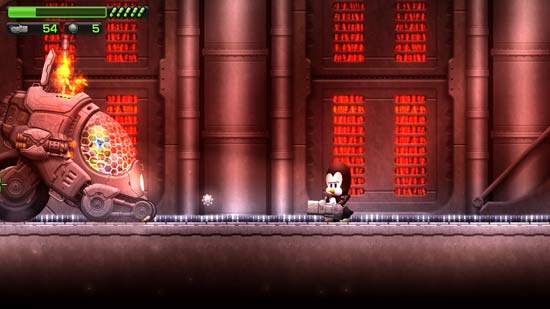 But don't stop with TAGAP 3, days like these are a perfect excuse to stop, whip out Wikipedia or YouTube and spend the day watching penguin media. Not that you should need an excuse for that, but if you do, here it is.

And if you want to aid these amazing critters, please consider helping awesome folks like SANCCOB in their protection efforts. You can do it various ways – either by volunteering, donating, adopting penguins or perhaps by buying one these handmade fellows.

Today is Tuesday and that means it's time for our weekly feature; Weekly Penguin! Since this week we're trying something different again, we thought this would be good time to highlight the feature once more!

See, this week we cooked up a stop-motion time lapse video of the assembly of these two cutesy Lego penguins. Naturally, like most of the penguin figurines and plush toys we feature, these fellows, too, are featured as a desktop wallpaper.

And as always, Weekly Penguin is indeed a weekly feature here at TAGAP HQ. Just hit that penguin icon at the top-right corner of the site to see the latest featured penguin, updated every Tuesday!

Today marks the 20th anniversary of Duke Nukem 3D – and we have to celebrate with an appropriately nuclear Penguin Nukem fan-art!

And of course this epicness is also available as wallpaper!

Duke Nukem 3D is as special to me and TAGAP as DOOM is; Whilst DOOM turned me into a gamer and raised my awareness of mods, Duke 3D was the game I started modding myself. It provided the bedrock for my first actual levels, first game scripts and first game sprites. On top of that, I still think that the design of the game borders on perfect, brilliantly balancing the eternal struggles of 'scripting vs. emergent gameplay' and 'realism vs. arcade action'.

In addition to the anniversary going on, the official Duke website has a countdown ticking away towards a reveal of some sorts. Naturally I'm beyond excited to see this ass-kicking loudmouth making a return, whatever form it takes. Let's hope this comeback turns out as successful as that of DOOM.

Hail to the king, baby!

It's that time of the year once more – TAGAP anniversary day! It's been nine years to the day since the first TAGAP was unleashed. To celebrate, we have some surprises for you. Let's start with the biggest one away – a special announcement in a video form;

But hey, that's not all, we have more! Meet a new space penguin from Pluto – The Funky Botanist!

For more on who The Funky Botanist is, do check out the new Making of TAGAP3 blog post. And finally, we can't have a penguin party without new screenshots; 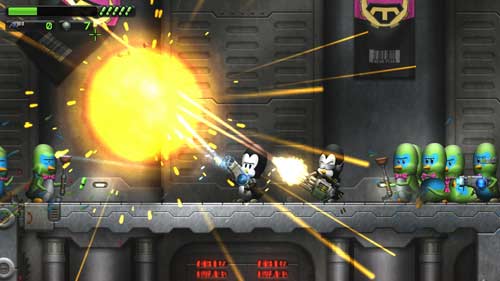 Pablo celebrates Doomsday with a friend!

This week's weekly penguin is something special. See, this week the grand-daddy of all action games returns to form with the brand new DOOM – and we simply couldn't be more excited! Heck, Pablo and his new buddy can barely contain themselves! 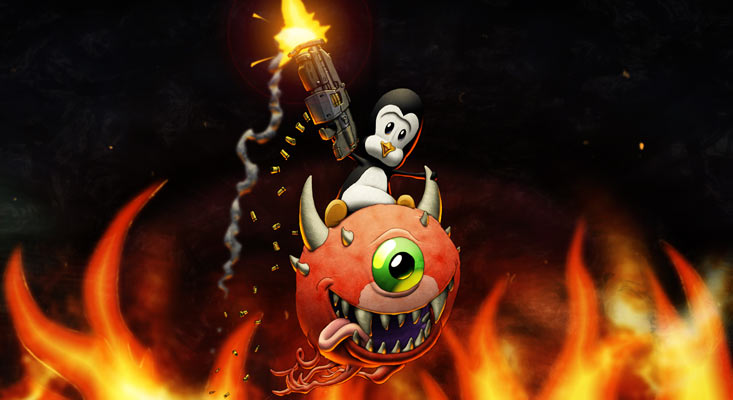 This cross-over entry to our Weekly Penguin feature also comes as a wallpaper so that you, too, can start counting seconds to Doomsday with Pablo!

Surprise! Weekly Penguin arrives one day early, just in time to celebrate the World Penguin Day, April 25th! While one could argue that for us at Penguin DT EVERY day is the penguin day, now it's a perfect time for everyone to join in our celebration of our flightless bird friends.

And how are we celebrating the day this year? With a new penguin wallpaper, of course! 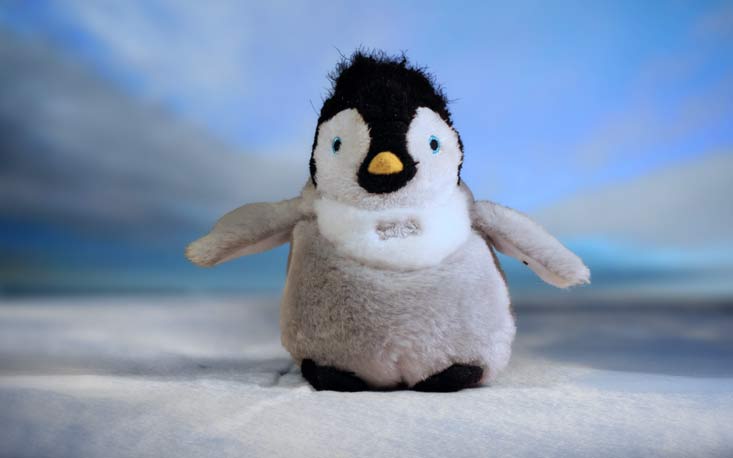 Have a waddling World Penguin Day!

We are welcoming a new friend to our Penguin World Domination plan, Polish program distribution website Programosy.pl! They are now providing brand new official download mirrors for TAGAP 2 and have actually honoured us by making us the 'Editor's Choice' in the genre of freeware gaming. That is seriously cool.

From here at Penguin DT; Thank you Programosy! May the Penguin World Domination continue!

Kārlis Balts is starting his own Let's Plays – and for his début he has chosen none other than the original TAGAP: The Apocalyptic Game About Penguins!

Welcome to wacky world of Let's Plays, Kārlis Balts – and thank for choosing us as your first game!

It's Penguin Awareness Day, the other one of the two days created to celebrate the greatest critters in the world! While here at Penguin DT EVERY day is a 'penguin awareness day', this is the perfect excuse for everyone to explore penguin knowledge, visit penguins at your local zoo or perhaps participate in a penguin charity – like SANCCOB and WWF.

As it's becoming a tradition, we join the celebration by letting you meet another principal character from TAGAP 3; The Funky Prophet!

In addition to The Funky Prophet's grand wallpaper début, we've have a new Making of TAGAP 3 blog post for a proper introduction.

Have a fun Penguin Awareness Day – and Happy Birthday to the Fourth Doctor! 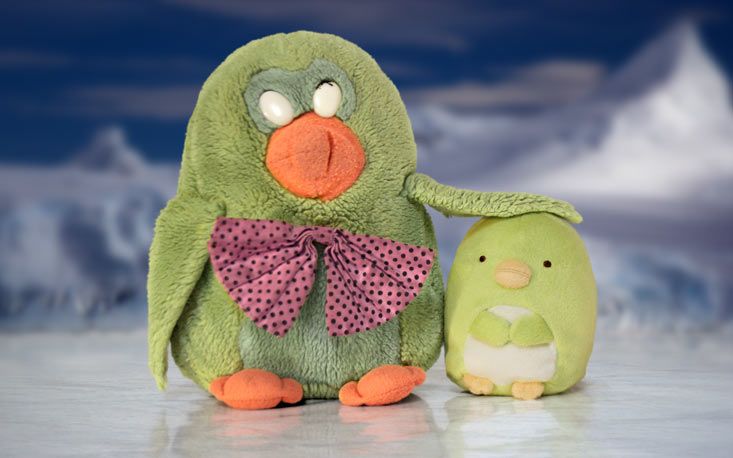 Year 2016 begins with an epic mash-up of green penguins; Sumikkogurashi and The Funky Penguin together at last!

If you happen to be a new traveller on TAGAP website, Weekly Penguin is exactly what it says on the label; Every Tuesday we introduce a new penguin collectible from our own, wast collections. We are now at penguin #439 and there is no end in sight! Just click on the Weekly Penguin tag at the top-right corner of the page to see the latest featured penguin!